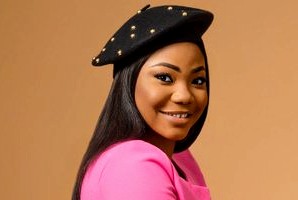 She started her musical carrier at a very early age and has gone on to win the heart of many Christian song lovers in Nigeria and beyond. We will start from how she went from singing secular music to Christian Music.

Mercy Chinwo had her Primary Education at God’swill International school she also attended Victory Comprehensive College and Paradise International School for her Secondary Education and later proceeded to the University of Port Harcourt where she obtained a certificate in Linguistics and Communication Studies.

As in the case of most singers, Mercy Chinwo started singing in church at The Apostolic Church Nigeria, Rumuodara Branch. She started singing at a very young age. However, her musical talent became visible to all when she turned seven (7). Mercy’s father realized the potentials in his daughter, so he decided to support her Musical carrier by all possible means. According to Mr. Chinwo (Mercy’s father) Mercy’s voice was musing of his own mother’s voice i.e. (Mercy’s grandmother).

Mercy Chinwo joined the children choir in her mother’s church which really played a big role in the star she has become today. She rose to become the choir director at her church and also at her school which paved a way for her to develop even further. According to Mercy, she always dreamt of performing on big stage and touching a lot of lives with her songs.

Mercy Chinwo entered the spotlight for the first time after travelling all the way from Port Harcourt to Lagos to take part in the 2012 NIGERIA IDOL, which she beat 12 other contestants to win the Nigerian Idol with a cash prize of N7.5Million.

Many believed that Mercy would one day become a popular Afrobeat or R&B singer but, NO that was not to be. Despite performing a lot of secular howbeit inspiration songs inquest to win the NIGERIAN IDOL. Mercy took up another route to enter the Nigeria Music Industry with the money she earned. She was able to pay for studio sessions and work with producers independently. She did not have a record deal for a quite a long time. Eventually, she singed a record a deal with Eezee Concept Record Label owned by Mr. Ezekiel ThankGod popularly known as Eezee Tee.

Her venture into the gospel music wasn’t a straight forwards part, before officially launching her musical carrier, she let to voice to popular artist like Sammie Okposo, Joe Praise, Buchi, Chris Morgan and Preye. They also helped in grooming her to become the gospel artist she is today.

In 2015, Mercy Chinwo released her first single titled “Testimony”, she followed it up a year later with another single titled “Igwe”. So far, the song that really brought her to the break light is “Excess Love” which she released in June, 2018. Excess love earned her Nationwide recognition as one of the best Vocalist in Nigerian Gospel Music Industry. Since her breakthrough, she has been dropping hit songs upon hit songs.

Mercy Chinwo is currently ranked as one of the richest and the most influential Gospel singers in Nigeria, currently her estimated net worth of $150,000 dollar.

Yes, Mercy Chinwo is married. She is married to Pastor Blessed Uzochikwa the resident pastor at WaterBrook Church.

Did you know that after winning the Nigerian Idol in 2012, Mercy Chinwo went into acting and featured in yvonne Nelson’s film. Mercy started alongside Majid Michel, Omawunmi In 2018 Mercy Chinwo won the award for the best gospel artist at the climax award, in 2019 at the maiden edition of Africa Gospel Award Festival (AGAFEST) she won awards in threw different categories for her song “Excess love”.

Do you do know that Mercy Chinwo lost her father at a very young age?

Mercy Chinwo decided to take singing as a career in 2007 after losing her father and had to take care of her younger ones. She initially kept is secretive from her mother, when she she Auditioned for the Nigerian Idol probably, she was scared she won’t be permitted regarding her strong Christian Value. However, when she was invited to the next stage in Lagos, she had no option but to tell her mother who then gave her the advice and support she needed. Mercy’s Nigerian Idol performance was vibrant where she performed hit songs of popular Musicians like Fela, P-square which convinced many thinking she will someday become a secular Artist. But it wasn’t that way.

Mercy returned back to God at the church were she started from she even completely transformed her way of dressing.