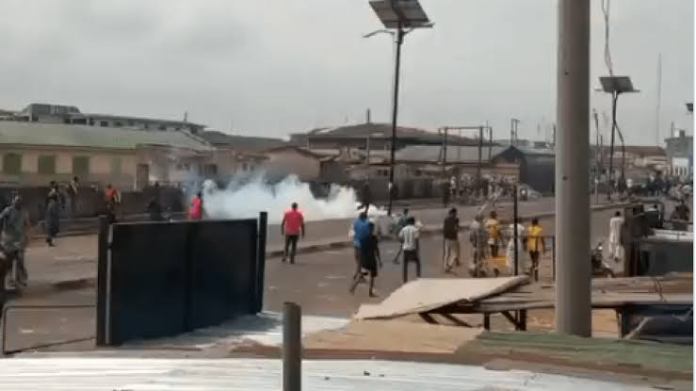 The capital of Kwara State, Ilorin was in a great doom after a clash between Christians and Muslim. This happened after the reopening of 10 schools that was shut downed by the Government over the use of hijab by Muslim female students.

The government-funded Christian schools had repeatedly been shut down over a dispute in the usage of Hijab by Muslim students.

According the report, the cause of the clash was as a result of Christians Officials of Baptist School, Surulere denied the girls in Hijab from gaining access into the school premises.

This did not go down well with Muslim parents, leading to arguments and eventual clash.

The situation grew worse as angry Christian and Muslim faithful threw various objects including stones and plastic chairs at themselves.

Thanks God security operatives appeared to calm the situation by releasing their tear gas  and close the school for reinforcement.