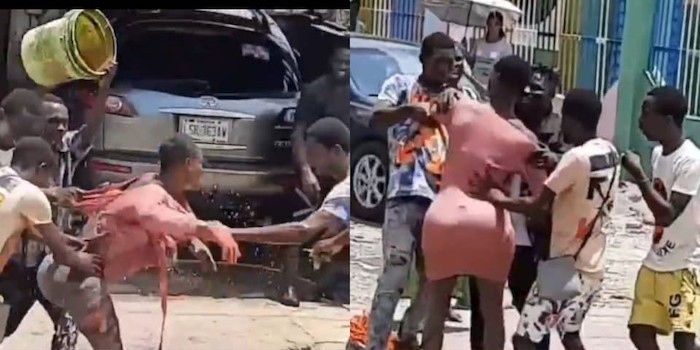 Nigerian Cross dresser has bring to the notice of the public how he was brutally harassed by street boys in Lagos state.

The Nigerian cross dresser has cried out for help after being battered by area boys in Lagos. The cross-dresser in a video said that he was filming one of his skits when he was attacked by area boys.

The area boys tore his clothes and removed his wig, before pouring water on him.

In a video that has gone viral on social, the cross dresser was seriously embarrassed by the street boys who felt he was irritated by the way he dressed i.e. dressing as a woman when he is a man.

The cross dresser also shared a video crying as he recounted how he was embarrassed by the hoodlums.