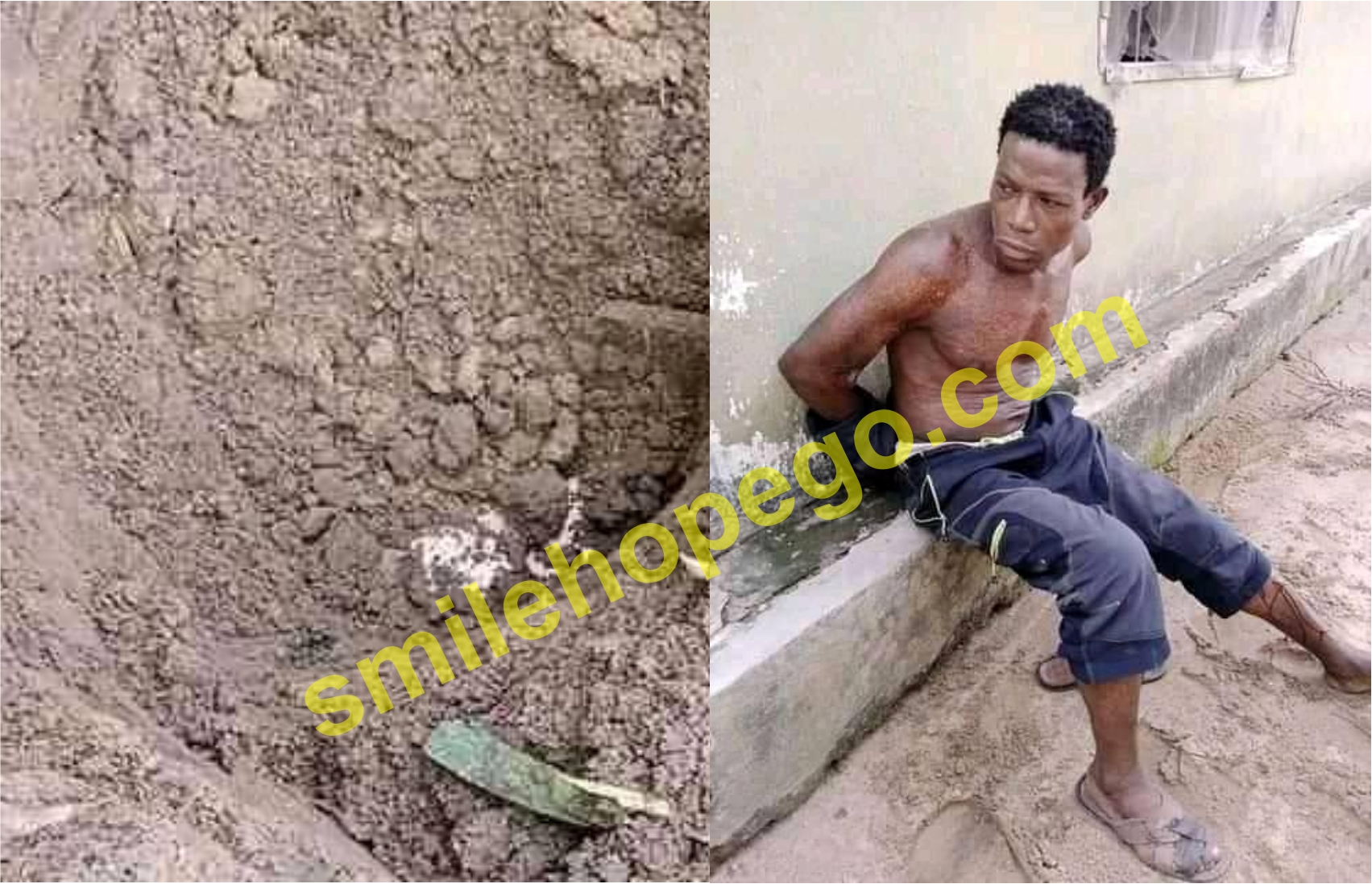 A man was exposed on Wednesday 16th June, 2021, after he secretly beat up his wife to death and buried her in Okon Eket Akwa Ibom State.

The young man which his name and yet to be known, beat up his wife to the point of death, after he realized she was dead, he took her and buried her in a rented compound where he lives without the consent of anyone, but was exposed.

According to report, the Man is an Igbo Man marrying an Akwa Ibom Woman which they both resides in Okon Eket, Akwa Ibom. Villager also said he claimed to be a Pastor.