Steps to do 2021 JAMB Reprinting - portal.jamb.gov.ng/

WAEC Release 2020 Result, SEE HOW TO CHECK BELOW

WAEC FINAL TIMETABLE FOR 2020 EXAMINATION IS OUT

WAEC EXAMINATION TO COMMENCE FROM 4TH AUGUST TILL 5TH SEPTEMBER

APPLY FOR JAPANESE SCHOLARSHIP FOR NIGERIA 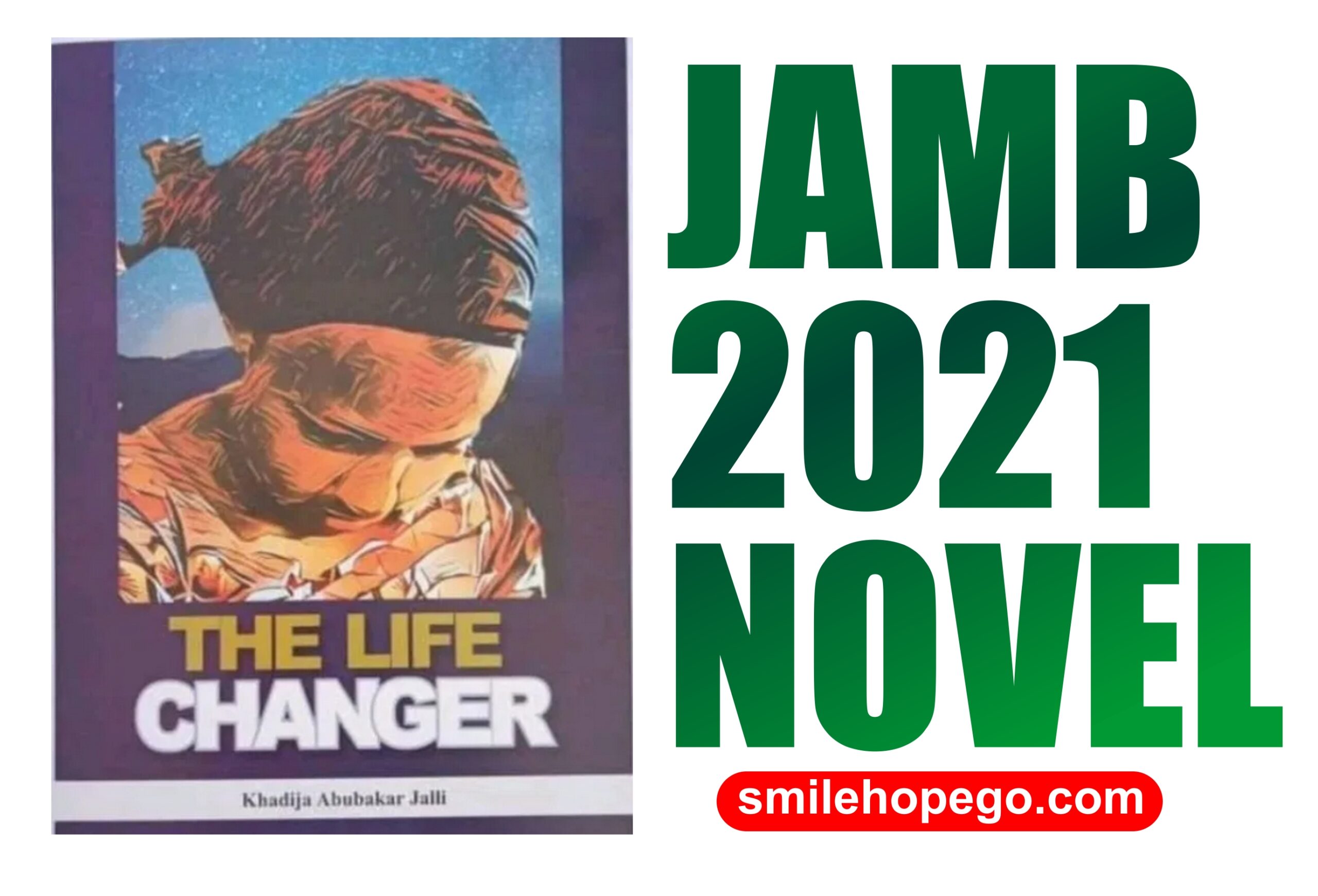 The Life Changer by Khadija Abubakar Jalli is the JAMB assigned novel for 2021/2022 JAMB examination exercise. On that note, all JAMB candidates are expected to read from cover to cover of the novel in preparation for the exam.

Why did Ummi tell Omar to be careful of university girls?

What is Ummi’s full name?

Anwser: Her name is Ummi Ahmad.

What did Ummi mean by saying it was a double celebration when she was leaving for the university?.

Anwser: Apart from the fact that she was finally going to university, her husband also suggested that they get married as soon as possible.

Who did Ummi describe as a tall, attractive and busty lady with fair complexion?

Anwser: A lady she met in her school called Salma.

Where did Ummi and Salma first meet?

Anwser: They met at the faculty registration office.

Why was Salma upset during the registration?

Anwser: Salma was upset because she felt the lecturer in charge of registration was intentionally delaying the process for this own selfish reasons.

Why did Salma say lecturers and policemen are alike?

Why was Salma in shock moments after her discussion with a certain young man on the queue?

Anwser: Salma was surprised to find out that the young man she gossiped with turned out to be the lecturer they have all been waiting for.

Why did Ummi visit the HOD shortly after her registration?

Anwser: After her registration, Ummi proceeded to the HOD’s office to get her matric number.

What is Ummi’s HOD’s name?

Why was Ummi in shock when she met the HOD?

Anwser: Ummi was surprised to find out her HOD was also a very young man.

Why did Ummi feel uncomfortable while speaking to the HOD?

Anwser: Ummi felt uncomfortable because the HOD referred to her as “my dear”.

Who told Ummi “you are better than I imagined”?

Anwser: Ummi’s HOD said this to her while she was in his office.

Why was Ummi scared of young male lecturers?

Anwser: Ummi wasn’t comfortable around young male lecturers because Salma had warned her that they always want to date female students and extort money from the guys.

Why did Ummi not tell her HOD that she was happily married?

Anwser: UMMI didn’t tell the HOD she was married because she felt since he never asked then disclosing that information wasn’t necessary.

How many students had the HOD interviewed before he attended to UMMI?

Anwser: None, Ummi was the first student to meet the HOD for her matriculation number.

What was Ummi’s matric number?

What facial features did Ummi and her husband often used to describe her HOD?

Anwser: Ummi’s HOD had clearly visible tribal marks and this was often used to describe him. He was also said to look like an Igala or Yoruba man.

What tribe is Dr. Samuel Johnson from?

Why did Ummi’s husband laugh at her when she narrated her experience with her HOD?

Anwser: Ummi’s husband found her story amusing because she wasn’t aware he and the HOD were friends and he even helped assist with her admission into the university.

Steps to do 2021 JAMB Reprinting – portal.jamb.gov.ng/