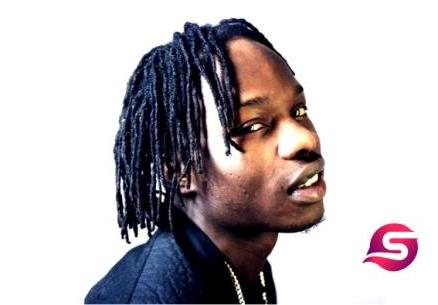 The Economic and Financial Crimes Commission on Wednesday, displayed before a Federal High Court in Lagos, a virtual projection of a Compact Disc with 51,933 pages analysis of the iPhone of popular Nigerian singer, Azeez Fashola a.k.a Naira Marley.

The EFCC projected the virtual, through its second witness, Mr Augustine Anosike, a forensic analyst.

Anosike was still leading pieces of evidence in the trial of the defendant, who is facing 11 counts, bordering on conspiracy, possession of counterfeit credit cards as well as fraud.

The anti-graft agency preferred the charges on May 14, 2019, on Naira Marley, who sang the popular song: “Am I a Yahoo Boy”. He was consequently, arraigned on May 20, 2019, before Justice Nicholas Oweibo, but he pleaded not guilty.

The court had accordingly, granted him bail in the sum of two million naira, with two sureties in like sum.

The trial had since commenced in the case and the second prosecution witness who began his testimony shortly before the covid 19 lockdown in 2020, continued his evidence on Wednesday.

When asked to confirm the number on the iPhone the witness told the court that the registered number on the phone is iCloud +447426343432.

Meanwhile, when the defence counsel reminded the witness that he had told the court during the examination, that the telephone number of the defendant was 07426343732, the witness replied that any sim can be inserted into a device.

When asked to confirm if there is a difference between the owner and user of a device, the witness answered, “The names on a phone can be changed depending on what the owner chooses to use.”

The defence then asked the witness to show to the court from the two pages of his analysis summary, where he had indicated that there was a change of names in the device.

Justice Oweibo adjourned the trial until November 30, December 13, and December 14.

To Read more About Visit PUNCHNEWS

Related Topics:EFCCNaira Marley
Up Next